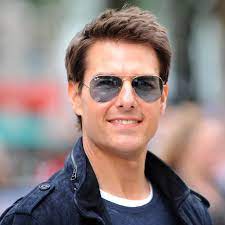 HOEDSPRUIT: THREE-Time Golden Globe Award winner Thom Cruise is currently at the serene town of Hoedspruit in Limpopo Province where he is shooting his latest movies.

Upon hearing this great news LTA chairperson of the Board Mr. Andrew Dipela had this to say, “As a destination and on behalf of the people of the province we would like to give him and the production team a warm welcome to this beautiful province of ours, we wish them a successful shoot”.

He went on further to say, “The feature of one of the hidden tourism gems in the province in this movie will give our destination the deserved mileage and positioning globally, this will go a long way ensure that we reach our target for international arrivals.”.

TOM CRUISE is a global cultural icon who has made an immeasurable impact on cinema by creating some of the most memorable characters of all time. Having achieved extraordinary success as an actor, producer and philanthropist in a career spanning over three decades, Cruise is a three-time Oscar nominee and three-time Golden Globe Award winner whose films have earned over $10 billion in worldwide box office—an incomparable accomplishment. Eighteen of Cruise’s films have grossed over $100 million in USA, and a record 23 have made more than $200 million globally. His latest film, Mission: Impossible – Fallout has made over $775 million worldwide becoming Cruise’s most successful film to date. (source http://www.tomcruise.com)

#GoLimpopo “From Hoedspruit to Hollywood and the rest of the world”